Home > About Us > Reward Based Training 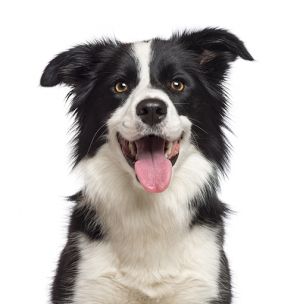 We use modern, scientifically proven methods of learning that immediately reward your dogs when they respond to requested behaviour.. Behaviour that is rewarded will rapidly become a habit and will be remembered longer. If behaviour is ignored and not rewarded, it will diminish and eventually be extinguished

For example, dogs loves jumping up on us.

Whilst for us, this is unwanted behaviour, it’s important to remember jumping up for dogs is an innate greeting behaviour and part of their need to reconnect with us when we return home or greeting visitors and friendly strangers

It is worth remembering that, for both humans and animals, behaviours which are reinforced are likely to increase in either intensity or frequency (or both). Behaviours that are not reinforced or self-reinforcing are likely to decrease and will eventually stop.

The key is to ensure we reinforce behaviours which are incompatible with jumping – for example ask the dog to sit before they have the opportunity to jump and then give them the attention and reassurance they were seeking.

If you were too slow in asking the dog to sit and the dog has already jumped up – turn your body away from the dog and ignore him (verbally and physically) until the instant the dog’s paws hit the ground and immediately give the attention (and ideally a treat reward) for “four on the floor”. If you consistently ignore the jumping and reinforce the sit, it won’t take very long for the dog to work out that he gets no attention when jumping, and does get attention (and often a treat) when sitting. Like us humans, dogs will do what works for them. 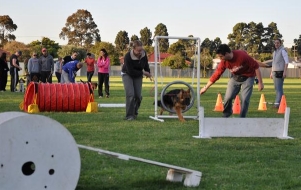 We would like to teach you and your family a force free way of training that will better build the relationship between you and your dog. This we can achieve using best practice, positive, reward based methods. Our ethical stance against punishment based training is scientifically backed and the results of correctly undertaken reward based training speak for themselves.

A “bridge” tells your dog he has given a response that is about to be rewarded. It is great for pinpointing the part of the behaviour you wish to encourage. It is also helpful when your dog is working at a distance from you and you are unable to get a treat to him at the precise moment you wish to reinforce. The bridge is used to connect in the dog’s mind that the action that he is performing is the one that will earn him the reward.

The bridge can be verbal (a word marker like 'yes'), a sound (a clicker or whistle) or visual (a flashlight or thumbs up - visual bridges are often used for deaf dogs). The bridge can be used successfully when introducing new behaviours and when helping a timid dog to cope in a stressful situation